Lisa Bebi has current online classes available that you can take! Check back to see the latest class schedule. 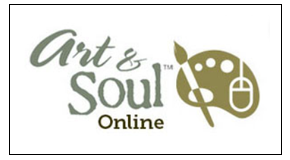 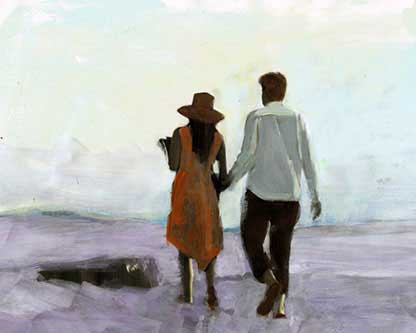 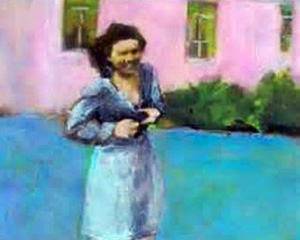 Lisa Bebi's published works and articles are quite extensive.

It was 1967 and the "Summer of Love" when Lisa Bebi, though born and raised in San Diego, found herself immersed in the San Francisco style of 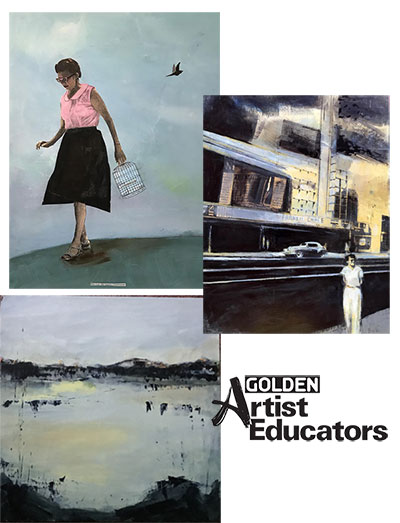 psychedelic poster art. She was influenced by the designs of Wes Wilson, known for his posters for performances at the Filmore Auditorium in San Francisco which are now synonymous with the peace movement and psychedelic era of the 1960s. At that time, Lisa painted with Guitar opaque watercolors and a few fluorescent poster paints, and she thinks her color sense grew from that period.

Lisa loves nostalgia, vintage snapshots, outsider art, and abstract landscapes as well as narrative art. Her paintings are understated, narrative pieces that often evoke a melancholy mood or memory. She often uses photocopies sources from her 1950's family album as either a start of a story or as the entire story. Her technique uses a flat two-dimensional background that eliminates unwanted subtext so that personality subtleties can shine. This allows her to introduce uncommon elements, to add depth to characters, and to pinpoint exactly what she wants viewers to see. Lisa often works in a series with a decided theme in order to examine a particular idea. She finds that working this way enables her to insert humor and sarcasm with a twist toward the unexpected.

Since 2006, Lisa's work and writings have been featured in internationally distributed magazines, several art books, radio and TV interviews, and newspaper articles. More recently, her work has been recognized in high profile national and international venues, exclusive exhibitions, and showcased in international publications.